São Paulo is a national reference in the oil and gas industry. According to the 2012 balance sheet of the National Petroleum Agency (ANP), the five refineries operating in the state represent 44.45% of the total capacity in Brazil, accounting for a significant production of derivatives, such as gasoline, liquefied petroleum gas (LPG), diesel fuel, kerosene, among others.

This performance is closely related to the regional fossil fuel market, in which São Paulo is relevant, with 26.45% of the national market.The State also stands out in relation to the consumption of natural gas, accounting for 23% of the total national consumption (ANP – 2012). 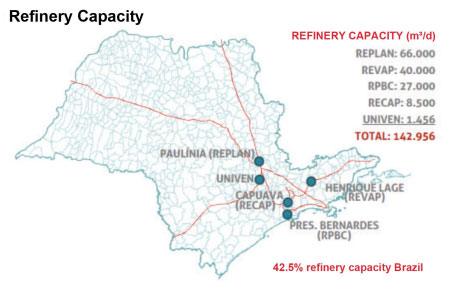 Due to its structured set of education and research institutions and for hosting approximately 50% of the national park of equipment manufacturers and service providers for the sector, according to estimates of the State Board of Oil and Natural Gas of São Paulo (Cepeg), the State tends to further expand its role as a technological benchmark over the upcoming years.

At the national level, the oil industry accounts for over 11% of Brazil’s Gross Domestic Product (GDP) – (IBGE – 2011). Collaborate to this portion the share of investments from Petrobras and other operators in the sector made in recent years – largely due to the discovery and exploration of the pre-salt layer in Santos Basin.

Brazil produces 2 million barrels of oil per day (ANP – 2012) and the expectation is that the extraction significantly grows with the financial efforts in course.

Investe SP has prepared a study which turned up seven main subsectors of activites linked to the oil and gas supply chain, listed in order of potential for the development of new businesses. Check it below: 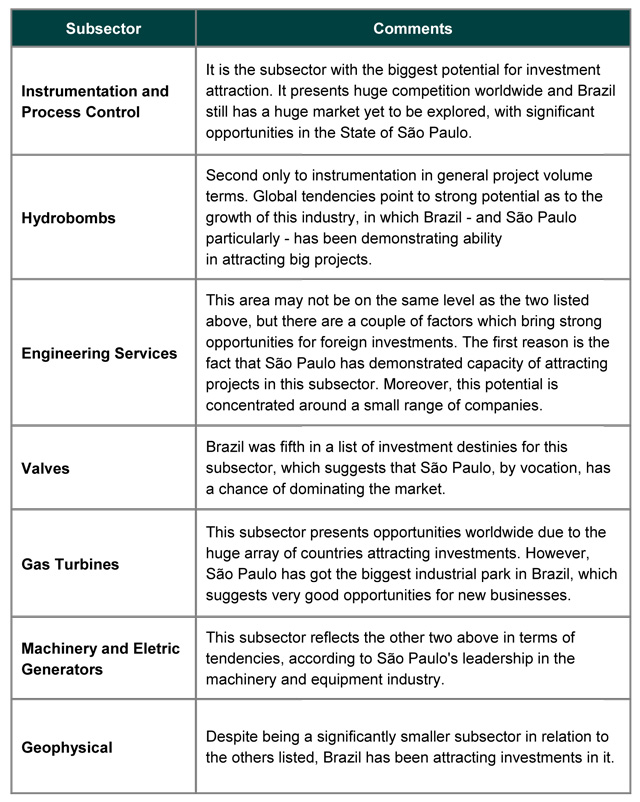 It is estimated that the total volume of oil reserves in the pre-salt area of Santos Basin reaches 14 billion barrels, with emphasis on the fields of Lula (RJ) and Sapinhoá (SP), which recoverable volumes reach 6.5 billions and 2.1 billions of oil equivalent barrels, respectively.

As a result of the high potential of the region, it includes the installation and interconnection of six producing wells in Lula and five in Sapinhoá. To transport natural gas, two large subsea pipelines were installed, one of 216 km, interconnecting Lula to Mexilhão, and the other with145 km, from Mexilhão to the Monteiro Lobato Gas Treatment Unit (UTGM) in Caraguatatuba city, which processing capacity is 20 million cubic meters of gas per day (Petrobras – 2012). 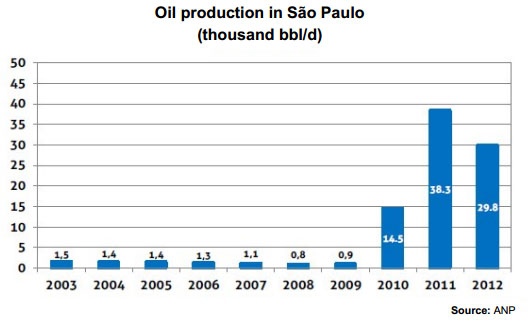 In 2012, the production in Santos Basin reached 126,000 oil barrels per day (bpd) maintaining a high rate of exploration success and the realization of high productivity in producing wells.

As the largest operator in the area, Petrobras estimates that the Santos Basin is expected to produce approximately 2 million barrels of oil per day by 2020, with the installationof 22 new FPSOs (floating, production, storage and offloading) in the region (Petrobras – 2012).

The confirmation of Petrobras' investments in the region by 2025, US$ 90 billions, will represent for the State of São Paulo in the implementation phase of the project, 130,000 direct jobs, and in the operation phase, 70,000. With regard to indirect jobs, it is estimated to generate 120,000 jobs in total.

Focused on this potential, the state has extended the offer of professional training courses and the creation of incentive plans to make the state more attractive to oil and gas companies, stimulating the industry and the generation of jobs and income in the sector. 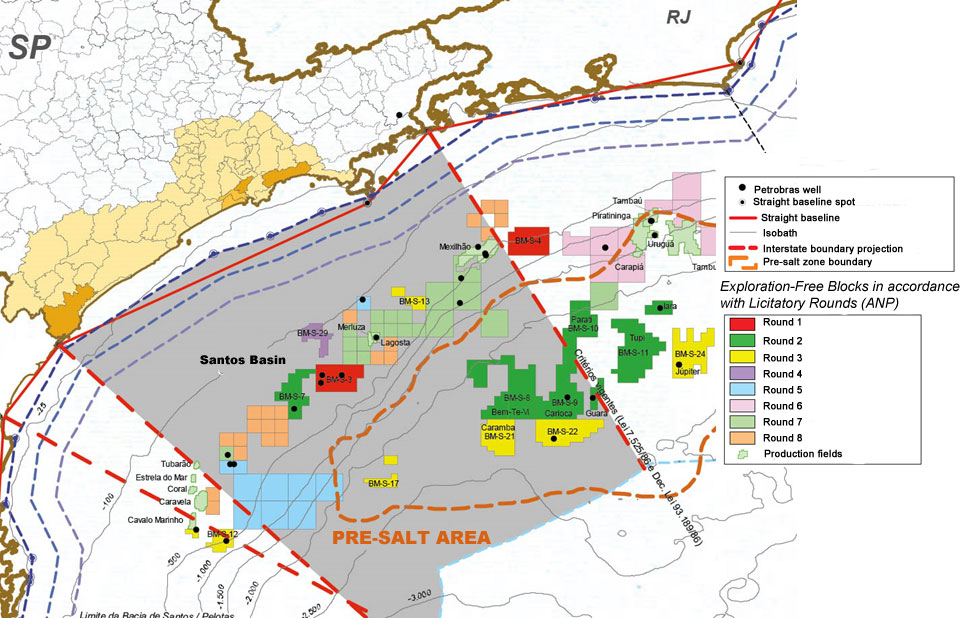 The State of São Paulo is the largest consumer of natural gas in Brazil. Divided into three concession areas of gas distribution, the State is served by Comgás, Gás Brasiliano and Gás Natural Fenosa, which together distributed in 2012 more than 16.6 million m³/day, according to the Department of Energy (SE) of São Paulo.

The increase of its exploration will provide environmental, economic and energy efficiency gains, in addition to increasing the competitiveness of the industrial park. 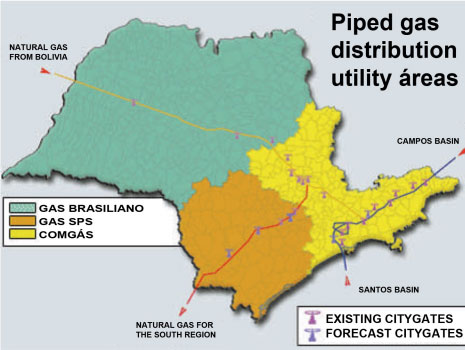 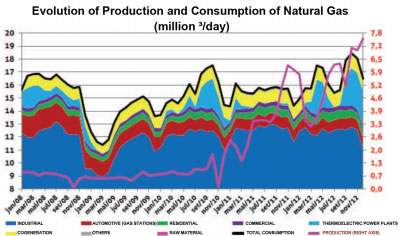 Why invest in the Oil and Gas sector in São Paulo?