Data from the United Nations Environment Program (Unep) and the International Labor Organization (ILO) indicate that renewable energies currently generate more jobs than the fossil fuel industry. These two organizations, together with the Worldwatch Institute, estimate that there will be a growth in the renewable energy market across the world of US$ 630 billion by 2030. If it forecast is achieved, at least 20 million direct and indirect jobs will be generated, with 2 million in the wind energy market and 6 million in the solar energy market. 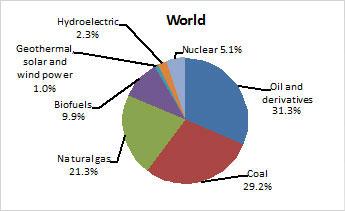 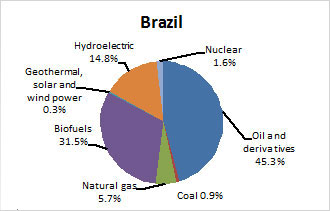 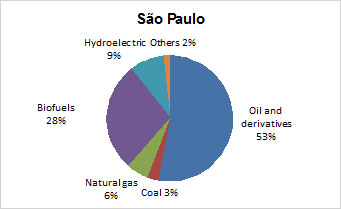 Biomass is one of the sources for energy production with the greatest potential for growth in the upcoming years. It is considered as any organic matter that can be processed into mechanical, thermal or electrical energy, of forest origin (wood), agricultural (soybeans, rice and sugar cane) and urban and industrial wastes. Through the burning of sugar cane bagasse, companies in the sugar sector provide significant amounts of electricity surplus for sale to the transmission network.

According to the Executive Summary of Renewable Energy, published by the Department of Energy (SE), there are 192 cogeneration plants currently operating in São Paulo, which corresponds to 52% of total enterprises and 53% of the installed capacity in Brazil (2013).

According to the Brazilian Electricity Regulatory Agency (Aneel), the State of São Paulo has an installed capacity of 14.204,3 MW, with a hydroelectric system consisting of 102 units in operation, with 25 Power Generation Stations (CGHs), 48 Small Hydropower Plants (SHP) and 29 Hydroelectric Power Plants (UHE), which corresponds to 19.9% of the total installed capacity in Brazil (2013).

The State of São Paulo has solar radiation of approximately 512 TWh/year. This is a huge potential to be explored, both with the multiplication of solar panels in the houses and the installation of solar energy farms. Currently, despite the wide range of application of this type of technology, in the State of São Paulo it reveals itself timidly, primarily in residential applications without connection with the transmission network.

Some of the largest companies in the wind power sector are established in the state of São Paulo, such as Wobben Windpower and Tecsis, which are also among the oldest, having started their operations in mid-1990. According to the Wind Atlas of the State of São Paulo (Aeesp), the total wind power potential of the state, at a height of 100 meters, considering wind speeds above 6.5 m/s, is 4,734 MW, occupying an area of 1,134 km², with an estimated annual generation of nearly 13,000 GWh and average capacity factor of 31.3% (Aeesp – 2012)

Brazil produces 195,000 tons of urban solid waste (garbage) per day. Of this total, according to the State Environmental Company (Cetesb), an average of 27 thousand tons are collected daily from homes in the State of São Paulo. Although the excess of waste is a problem, its management, if properly managed, can be transformed into solution. The integrated management of urban solid waste can preserve and generate energy.

The generation may occur through several processes, such as burning the biogas recovered from landfills, incineration or gasification - all used as fuel. Then, there is the catalytic cellulignin, a solid fuel capable of replacing oil and coal. This fuel is obtained from the processing of waste after the recycling process.

The State of São Paulo currently generates 62 megawatts (MW) of landfill biogas. According to the study conducted by the Energy Matrix of the State of São Paulo 2035, which addresses the scenarios of energy generation and consumption over the next two decades, the production of energy from solid urban waste in 2020 will be of 74 MW. On the other hand, the production of energy from landfill biogas will be 72 MW in 2015 and 86 MW in 2020. If fully used, it is estimated that the potential of energy generation from all the waste would be enough to supply 30% of the current electricity demand in Brazil.

Despite not being a major producer of grains, it accounts for 28.7% of beef exports in Brazil, according to 2012 data from the Ministry of Development, Industry and Foreign Trade (MDIC).

Why invest in Renewable Energy in the State of São Paulo?