Largest producer of oranges in the world, the State of São Paulo accounts for more than 28.8% of the total production in the world, according to 2012 data from the U.S. Department of Agriculture (USDA) and the Brazilian Institute of Geography and Statistics (IBGE). In second place are the United States (USA), with 15.15% of the total production (mainly the state of Florida).

Every year, approximately 18 million tons of the fruit are produced in Brazil, and the State of São Paulo accounts for 74% of this total (IBGE – 2012). 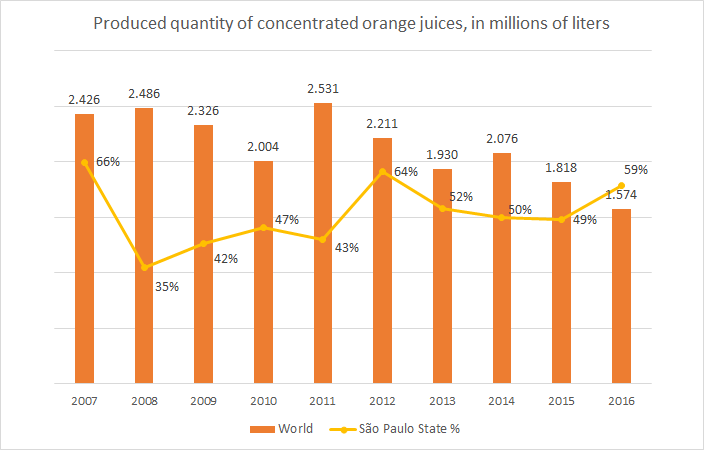 Modern and advanced, the industrial park for processing orange in the State has an international standard of competitiveness.

Brazil accounts for 81.5% of global sales of orange juice, with approximately 1 million tons, followed by the U.S. with slightly over 100 thousand tons of juice (USDA – 2012).

According to the Ministry of Development, Industry and Foreign Trade (MDIC), exports of orange complex totaled US$ 2 billion in the State, in 2012, and 95% of this amount consisted of processed juice (USDA – 2012).

The State of São Paulo has plants for the processing of orange juice in more than 20 municipalities, primarily located along Rodovia Presidente Washington Luiz and part of Rodovia Anhanguera. 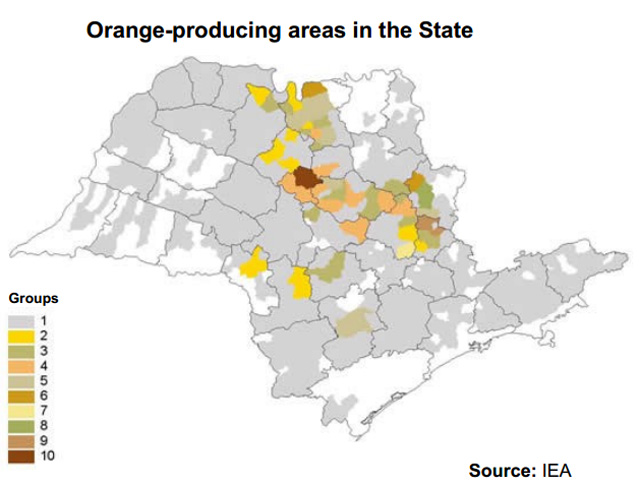 Why invest in the production of Orange in São Paulo?